What is Cross-Country Skiing 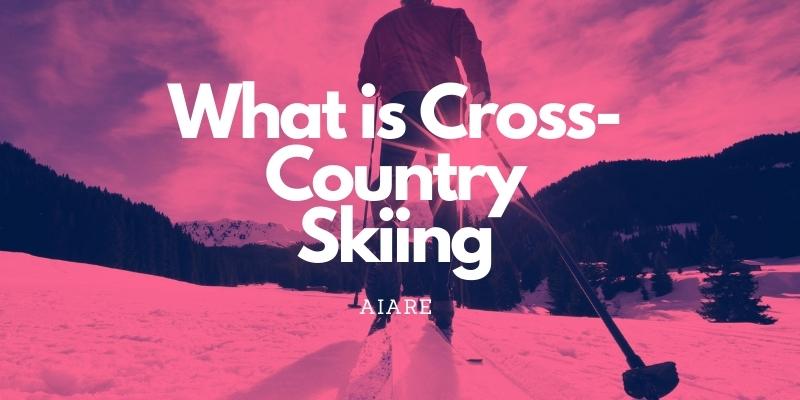 Many of us are aware of a number of Winter sports, and it seems like more are added to the TV programs every year. There are also some Winter sports that have been around for years, but continue to mystify most people. Safe to say that for many of us, cross-country skiing falls into the latter category.

Cross-country skiing has been around for possibly thousands of years. As its name implies, it was developed as a way to move ‘across the land,’ as opposed to alpine, or downhill, skiing. To clarify, we’re not going to call downhill skiing ‘traditional,’ because cross-country, or Nordic skiing, is actually older.

Developed in the Norse countries as a means of travel across snow, the mechanics of cross-country skiing vary quite a bit from downhill skiing. One thing you’ll notice right away is that the skis, bindings, and boots are different. In Alpine skiing, the boot is rigid, fixes heel and toe to the ski, and the ski itself is often parabolic, or curved inward at the middle where the foot attaches.

In Nordic, or cross-country skiing, the boot is more flexible, only attaches to the ski at the toe, and the ski itself is more narrow. In addition, the Nordic ski bows up a little a the boot, and there is usually a treading of some sort. (We’ll explain that in a moment.)

Unlike downhill skiing, cross-country skiing has a number of techniques that adapt to various modes of transportation, including moving up the hill. And before we go further, yes, you can indeed still go downhill in a gliding ski movement. In fact, that gliding capability is why Norse people first began to use the ski instead of the more recognizable snowshoe.

With both a snowshoe and a Nordic ski, the person’s weight is distributed across the entire surface area of the footwear, thereby dispersing the weight over a greater amount of snow. That’s why you don’t fall down no matter how soft the powder. The big difference between a snowshoe and a Nordic ski, though, is that the ski can glide over short distances during a walk and long distances during a downhill run.

One of the reasons you can use the Nordic ski to go across flat snow, or even uphill, is that tread under the boot that we mentioned. Usually a gripping rubber, or even a resin, this is applied to the ski on the concave side that bows under the boot. When the skier applies downward pressure to the ski, this gripping substance gives some traction on the snow surface, allowing the person to pushforward on that downward ski.

When the skier then brings their back foot forward, they can glide on that ski, using the momentum of the push-off. (Anyone who has seen an old Nordic Track exercise machine in action, this will make more sense.) Simultaneous to the downward pressure and step, the skier uses their offhand pole to push down into the snow and push off there, as well.

This traction of the downward pushed ski and the offhand pole gives the skier enough ability to go across large tracts of flat and slightly sloped snow. For more steep hills, the skier must use a few different techniques.

One technique involves using shorter and more frequent steps. This takes a little off of the total load necessary for each ski and pole on each step. The second common technique is called the herringbone, after the angles of the iconic fish’s bones.

For this technique, the skier places their skis at an angle, toes apart. At each downward push, the skier uses a little bit of the inside blade of their down ski to cut into the snow, giving a slight shelf to push off on. The skier still uses the poles, either just outside the skis as per usual, or by placing one pole in between the skis and one outside, in a staggered manner.

It is important to understand that cross-country skiing is one of the most physically demanding recreational activities. While the mobility and terrain available are greater than any other self-propelled Winter sport, the exertion is likewise greater.

Another note to take into account is that while the simple shuffle of moving forward on flat ground can be easy enough to tackle, the more advanced motions, like the herringbone, can take weeks or even months to become comfortable. Some instruction in these techniques is recommended.

Lastly, a new Nordic skier should always take notes when buying Nordic ski equipment and when selecting a Winter recreation area. While the freedom to roam the mountains off-trail can be appealing, one should always have a fundamental knowledge of navigation, avalanche safety, and emergency preparedness.

Cross-country skiing is one of the oldest forms of outdoor locomotion, and can be one of the most rewarding, as well. But someone new to the sport should keep safety, knowledge, and equipment in mind.

Before tackling the slopes with the Nordic ski, always practice on flat ground, double check your gear, and have as much knowledge of the area as possible. And then, have fun!

Related: What to wear when skiing