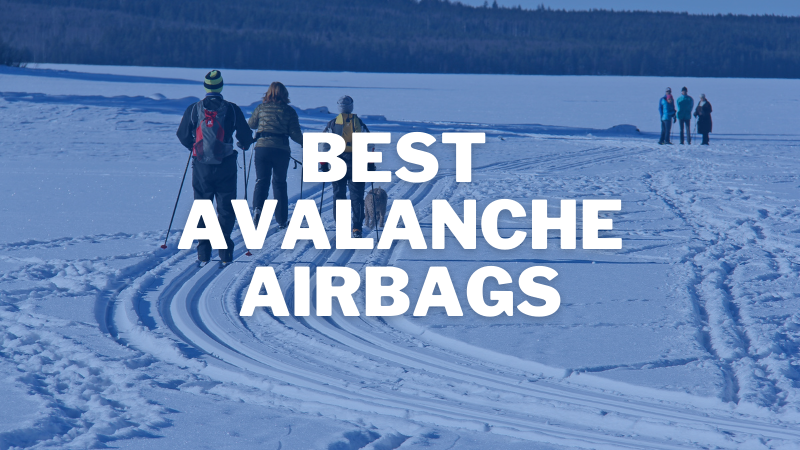 A decade ago, avalanche airbag packs were the technology of the future. As companies began to develop this massive innovation for the backcountry community, there were lots of growing pains involved with developing the best systems which were lightweight, packable and reliable.

Nowadays, avalanche airbags have been around long enough to have many of the kinks worked out, which luckily leaves us in a position of having tons of spectacular packs on the market to hopefully keep you on top if you ever find yourself in need of floatation.

Avalanche airbags are an excellent tool that many people carry with them when going into the backcountry, but should never be a replacement for any of the required backcountry travel gear (beacon, probe and shovel) and the requisite knowledge of traveling safely through and around avalanche terrain. Still though, the best laid plans can still sometimes go amiss, and having these packs have been known to prevent potential fatalities.

These packs are great, and because you obviously need a pack to carry your probe, shovel, snacks among other things, it makes sense that you might pick up a pack that also has an airbag built in. There is a lot of variability in the products currently available on the market, which can use a variety of different technologies for inflating the bag. But we have you covered as far as sifting through the snow, to find out which bags remain at the top once the slide settles.

The Black Diamond Jetforce Tour Avalanche pack has one of the most innovative deployment systems of any avalanche airbag on the market.

The system inflates the bag using a jet based turbine which spins when the trigger is pulled and thus inflates the airbag. 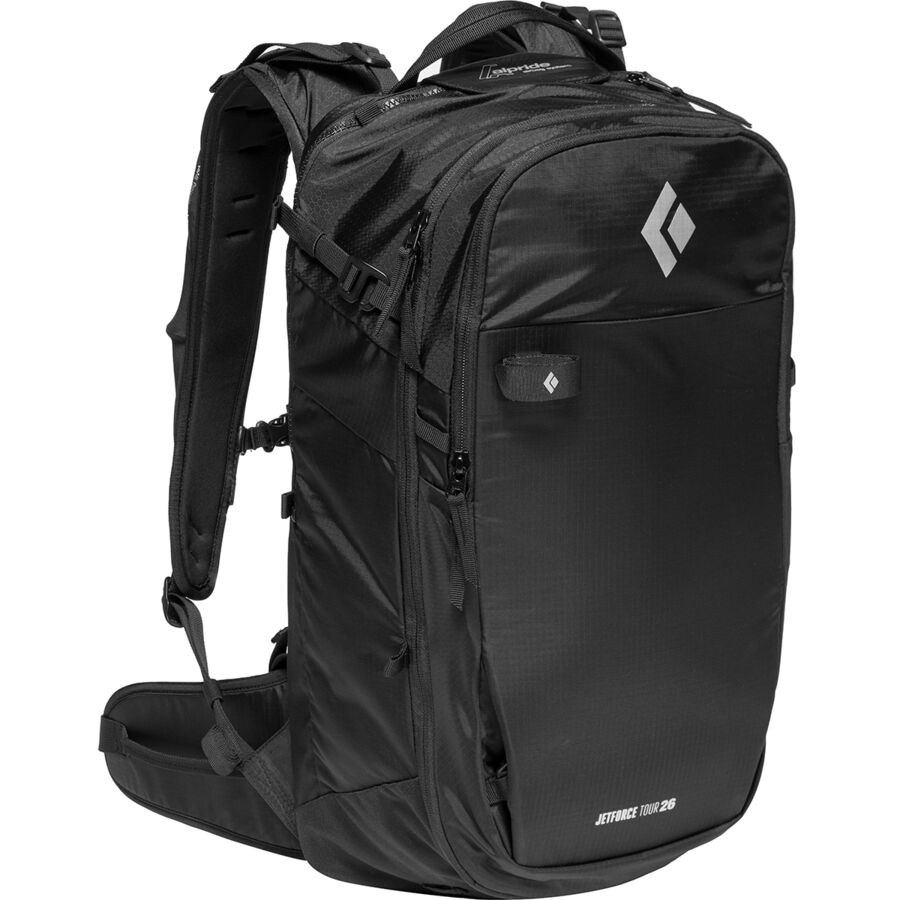 The pack is fully electronic, which allows the entire system to be recharged either on your tour or at the house with a micro usb cord or a pair of AA batteries. This means that no longer do you need to bring your pack in to get the canister refilled, you can recharge your bag from the comfort of your house or even in the middle of your tour as long as you pack a few spare batteries.

The deployment mechanism can be customized to whichever shoulder strap you prefer, and the front has a dedicated snow safety pocket. The snow safety pocket is an excellent feature I love to see in ski touring specific bags.

There is a handy hip belt pocket and a helmet strap for storing your helmet on the outside of the pack.

The Backcountry Access Float 32 is a solid airbag system that comes in at a fraction of the cost of most other airbags. The Float 2.0 system is a canister which is smaller and lighter than the prior float 1.0.

This airbag inflates from a canister of compressed air which releases into the bag and also inflates it. 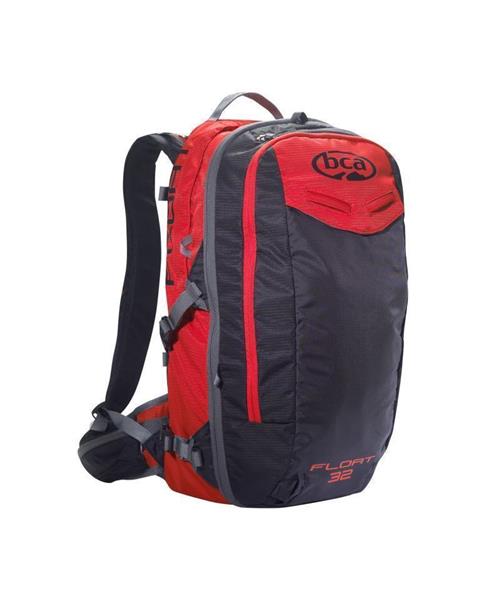 While it is an effective system with 200 refill locations across the world, these still need to be refilled at an external location which means one pull per fill. This isn’t a large problem, as you likely shouldn’t have to use your airbag frequently, if ever. Still though, you’ll need to go refill it if you (or your friend while you’re eating lunch) happen to use it just to see what will happen.

The float 32 is a spacious bag which has ample room for all of your layers and safety equipment. There is a dedicated snow safety pocket, which is always welcome to see. A helmet strap is affixed to the outside and there are ice tools as well. The float has a diagonal ski carry as well as a snowboard carry for those longer boot packs.

One feature that isn’t so great is that although the float 32 comes at a pretty low price relative to most other airbags. You still need to buy the compressed air cylinder separately which still makes it cheap, but not as cheap as what you might otherwise expect.

The Mammut Light Removable Airbag 3.0 is another compressed air cylinder avalanche pack which has made strides in the industry as being lightweight and packable.

The cylinder fills in just 3 seconds and is about 1 kg which is extremely lightweight for a cartridge. 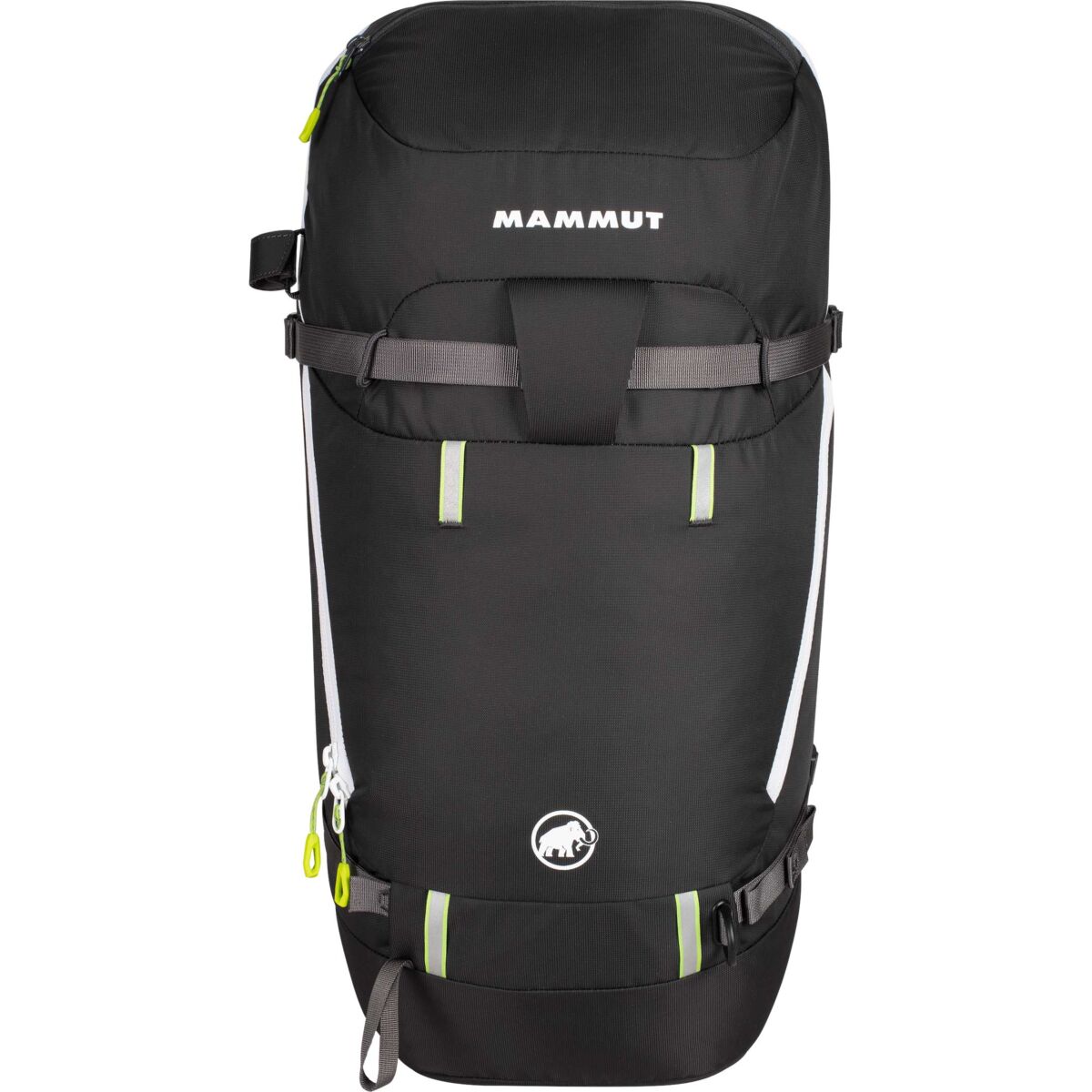 Still these cartridges need to be refilled after each use which does require you to take it into the shop to get refilled. The airbag is fully removable which allows you to go with or without the airbag in just a few moments. This further allows you to save weight and space off of the pack.

Again we have the dedicated snow safety pocket which we appreciate, and also a diagonal ski carry and a snowboard carry. Plenty of room in this pack means you can go out all day with enough space to bring everything you might need.

Again though, the cartridge is sold separately which makes the pack not quite as wallet friendly as it initially looks. Still though this is a highly durable, lightweight pack on the less expensive end of the avalanche airbag packs on the market.

The Backcountry Access Float 22 is a smaller version of the float 32, which retains many of the features seen in its larger sibling.

When going for sidecountry stashes or going cat and heli skiing, you frequently need less in your pack due to your proximity to your vehicle.

In this regard the Float 22 will be a lightweight and compact bag which stores easily, yet is large enough to carry all of your essentials for the day. 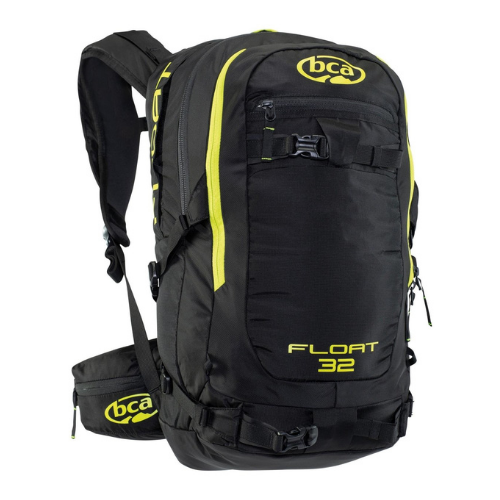 The airbag and compression cylinder systems are the same as the Float 32, the main difference is the size of the compartments are slightly smaller which allows the pack to maintain its sleek, low profile.

The Float 22 still maintains its diagonal ski carry and its snowboard carry, as well as a helmet strap. A specific snow safety pocket is there to help keep the essentials easily accessible, and the ice tool loops will mean you are able to bring along your tools for steeper climbing.

For those getting out close to their vehicle or the resort, the Float 22 will deliver the protection you need in one easy to carry package.

The Mammut Pro Protection 3.0 is a larger airbag pack which comes in 35L and 45L options. This is great for those with ski mountaineering or climbing objectives in mind.

Sometimes you need ice axes, a rope, crampons and a rack to make it up safely and in this regard Mammut has you covered by giving you all of the amenities you'd expect in a fast and light mountaineering pack, but also including their lightweight airbag system. 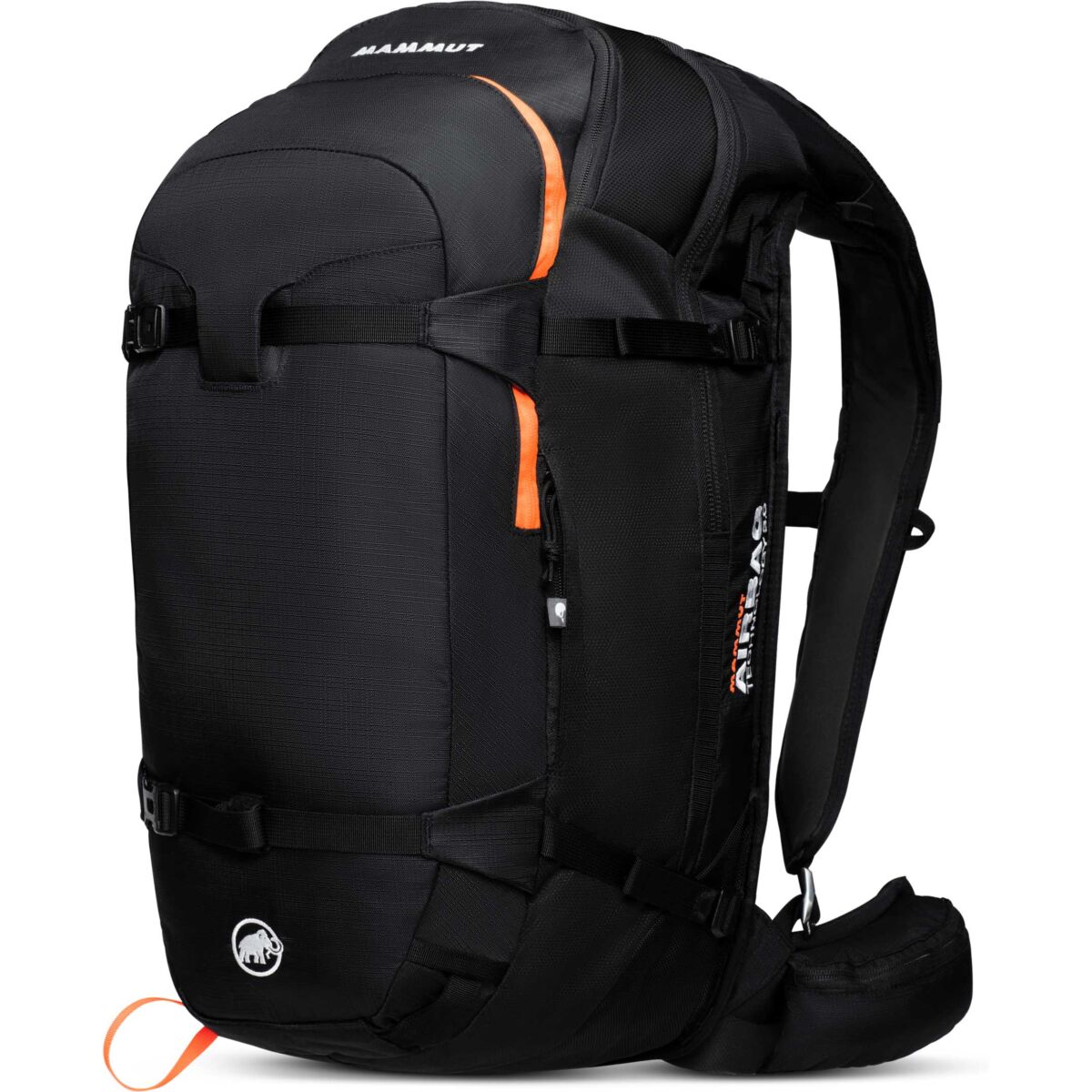 Just like the Light Removable 3.0, this is a cylinder based airbag which requires refills at many locations around the world. That being said it is compact and lightweight, and frees up most of the pack to be used for your gear, layers and water.

This is an ideal pack for anyone who appreciates the up as much as the down, and will be right at home in technical terrain. There is both a snowboard and a ski carry, and extra gear loops on your hip belt for extra gear storage when your harness begins to be crowded. The back is ergonomic and extremely comfortable for long pushes up steep couloirs and headwalls.

The compression straps on the side ensure that everything fits as snug as possible to give you the smallest load to bear when leading the crux pitch. This is an ideal airbag for technical days and those larger mountain objectives.

Back when avalanche transceivers were first introduced to the market, their use in the backcountry ski community was spotty. Not everyone carried a beacon and the signal was just based on audio cues.

Nowadays, everyone at a minimum carries a high powered beacon as well as a probe and shovels as the very basics of avalanche rescue gear. It very might be that in the future everyone will have avalanche bags to act as extra insurance when traveling through avalanche terrain. Still though, while these airbags systems are spectacular, it is no substitute for sound training and judgment when moving through avalanche terrain. Know the problems with the snowpack and know where to avoid them.

There are tons of excellent options for skiing on slopes below 30 degrees, when the avalanche danger is high. Avoidance is key, but in the event that you do need to swim with an avalanche, hopefully these packs will have your back.