When and Where was Skiing Invented 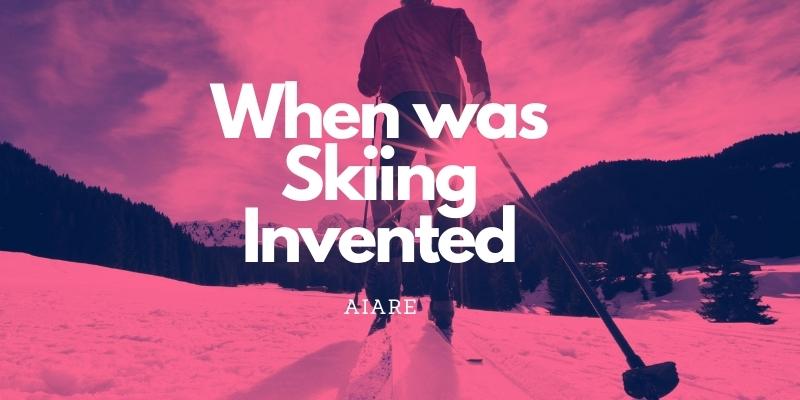 It’s only natural to end a day skiing, nuzzling up to a cup of hot cocoa or a hot doddy in the ski lounge, and to wonder, “Where did skiing come from?” After all, it can feel like skiing has been around as long as anyone can remember. Asking who invented skiing might seem like asking who invented shoes.

The story behind skiing is actually fascinating, and like many old human stories, it revolves around necessity. The oldest known forms of skiing were used for hunting and travel in areas locked in by snow and ice for long months. Skiing is also, not surprising, from places with a lot of mountains.

Before we go further, we should note there has been some hot controversy on the icy slopes of skiing history. The main debate is whether skiing came first in Northern Europe or the Northern mountains of Central Asia. With that in mind, let’s get to the details.

According to Encyclopedia Britannica, the earliest known skis were found in what is now Russia, from perhaps 10,000 years ago. Chinese archeologists, however, have pointed to cave paintings depicting skiing that perhaps predate the Russian skis.

In either case, the use of skis goes back before 6,000 BCE. This means almost as old as shoes, indeed. And in both cases, scientists have determined that the skiers used the transportation for hunting and transportation. Skiing allowed ancient peoples to travel great distances over snow with less effort than with snowshoes. Not only could they glide downhill for great lengths with no effort, even traveling over long flat distances would have been easier with certain skis.

Whether in Asia or Europe, we know from cave paintings and from archeological evidence that earlier skiers could pack animals they’d hunted on skis and even use skis in the pursuit of prey.

Throughout the centuries from the fall of Rome to the modern era, skiing gradually evolved from a means for travel and hunting, into warfare, and finally into recreation. During the Napoleonic wars, various European countries developed forms of skiing to which they could train their troops. This survives today in the Biathlon in the Winter Olympic Games, where contestants cross-country ski and shoot rifles.

During this period the two forms of skiing later called Alpine and Nordic began to differentiate themselves. In some climates where the mountains were more steep, the Alpine, or fixed ski, became popular. In areas with longer tracts of flat terrain, cross-country or Nordic skiing developed.

Beginning in the mid-19th century, people began developing ways to more tightly secure the boot to the ski. Up until that time, the best we had was to secure the front of the foot, via the toes. This limited control and turning during fast downhill runs. With the inventions of methods of securing the hell to the ski, Alpine downhill skiing began to take form.

During the early 20th century, another development took Alpine skiing to a literal new level: chairlifts. Before towlines, chairlifts, and gondolas, people had to walk up whatever hill they wanted to ski down. That limited not only how steep a run they could go down, but how long a run they could use, and even how many times they could ski in a day.

With the advent of lifts, people could ski more for recreation, and downhill skiing became accessible to people of more income and ability levels. Along with continuing advances in ski and boot technology, skiing became safer and more fun.

Whether we ever find definitive proof for the exact day and place where skiing was invented, it’s clear it came from people who needed a better way to get around in the snow. And it’s also clear that it’s come a long way from two different sized skis with animal fat under them.

So next time you’re sipping a hot beverage in the chalet, be thankful for not only the roof, the drinks, and your warm clothes; be thankful we have modern skis, boots, bindings, and that all-mighty chairlift!